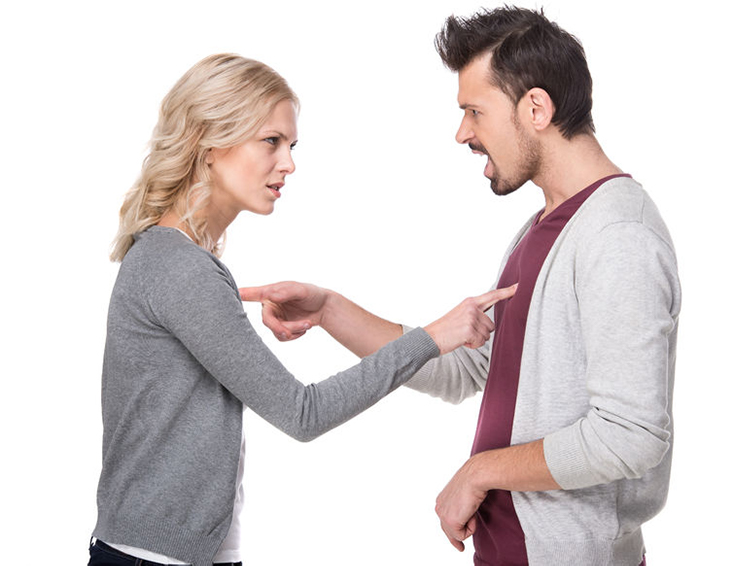 When one person speaks, the other is already formulating a rebuttal in their head. They are thinking of all the reasons why their partner is incorrect and why their position is right. Their partner reacts by shouting back and defending their “side” and accusing their partner of being wrong. The other person raises their voice in an attempt to be heard and the partner responds by becoming louder as well. Their partner may respond by putting up an ‘emotional wall” or by sending non- verbal signs, such as eye rolling or head shaking, enraging their partner. A shouting match ensues and each partner is speaking but no one is listening and nothing is being heard. They eventually get tired of arguing and shut down and go their own separate ways feeling hurt, angry, frustrated and miserable. They may question why they ever got together in the first place and if they should stay together.

Couples who are constantly arguing lack communication and listening skills. There may be a history of unmet needs and frustrations that have not been successfully resolved or understood leading to a climate of resentment or disengagement.  Partners often times become locked into a pattern of blaming, criticizing and judging each other. They feel like they are engaged in a “tug of war” fighting to prove each other wrong. While one person may feel a temporary feeling of satisfaction upon “winning” a fight, the relationship suffers. As a result, both partners lose.

The first step in stopping this destructive dynamic is for couples to learn that the person speaking needs to deliver their message in a way that the other person can actually hear it. This requires that the speaker curtail language that is blameful, critical or judgemental. Instead, the speaker describes their own experience beginning with the word “I” instead of ‘You”. The underlying premise is that whatever the speaker says is important to them and is “right” in their world. Their feelings, thoughts and perspective may be different from their partner’s which is normal and to be expected. When the speaker is able to share their ideas more constructively, their partner will become less defensive and more open.

The second step is for the listener to remain open to the speaker’s actual words. This requires that the listener remains neutral and open to what the speaker says regardless of how much he/she disagrees. The listener needs to not interrupt. Although its very difficult, the listener must stay engaged in what their partner is saying in the moment until they are finished speaking. They should eliminate all facial expressions that are dismissive and off-putting. If they are able to briefly summarize what they have heard, their partner may feel understood and calmer.

These behaviors require a great deal of self-control and awareness. People are instinctively wired to be reactive and only view the world from their point of view. Most of us simply expect our partners to think and feel the same way we do. During our upbringing, most were not challenged to listen to the viewpoints of other people which were different than our own with tolerance and respect.  We were not raised in environments where effective communication was practiced or valued. However, learning and practicing these skills are essential for a better relationship. The good news is that they become more natural and easier over time.